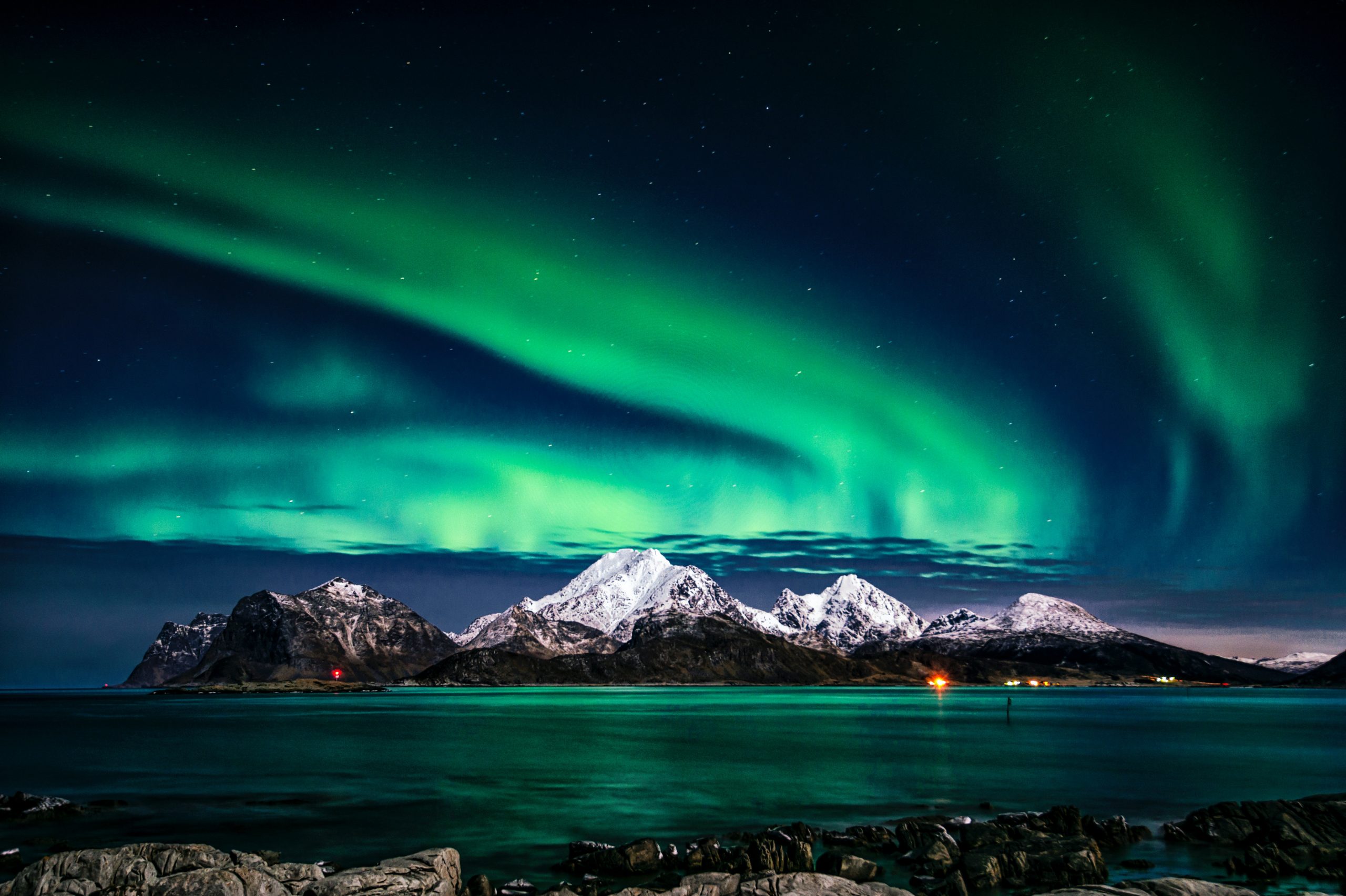 Why is the Northern Lights so important?

The same vast northern region that has inspired and challenged the pioneering spirit of Canada for centuries has also given birth to a country with a pool of space exploration scientists: Canada. Occupying a land area of ​​a few million square kilometers, Canadians look to the sky to communicate with each other, creating a country woven together by space technology.

Canadians have observed some rather spectacular events in the starry sky. As you will soon discover, it is because Canada is so close to the magnetic North Pole that it is possible to observe these random, almost exclusively Canadian manifestations of nature called the Northern Lights.

What is an aurora borealis?

An aurora borealis is a phenomenon that occurs in the upper atmosphere. The Earth’s magnetic field acts like a gigantic magnet which attracts ionized particles towards the North and South poles of the planet. This is why the needle of a compass always points to the North! Did you know that the Northern Lights are also made up of ionized particles that are attracted to the Earth’s magnetic field? When they reach the upper atmosphere, these particles cause a spectacular spectrum of colors to come alive in the starry sky.

Where do these particles come from?

The solar wind is an extremely hot plasma stream (made up of electrons and protons) that the Sun emits into the galaxy. Sometimes the Sun ejects plasma towards the Earth. What do you think happens when this gust of wind hits the upper atmosphere? Do you remember the magnetic field we talked about earlier? It attracts the plasma particles to the North Pole or South Pole of the Earth where they produce auroras.

The Northern Lights Are More Than Pretty Lights in the Sky: A Bit of Canadian History Canadian

scientists have been unraveling the mysteries of the Northern Lights for over 160 years. It all started in 1839 when Sir Edward Sabine established the first magnetic observatory at the University of Toronto.

But why do these scientists want to study the upper atmosphere in the first place? Fluctuations in the Northern Lights, they say, caused large-scale blackouts on Earth, in addition to disrupting the operation of satellites placed in orbit. For example, these Canadian scientists are studying the upper atmosphere, where the Northern Lights occur, to better understand the effects of fluctuations in the Earth’s magnetic field.

Studying the Earth’s upper atmosphere can help us understand similar events occurring in the rest of the Universe as similar phenomena have been observed on other planets.

Where do the pretty colors of the Northern Lights come from?

It is the nitrogen contained in the atmosphere that is at the origin of the red and blue auroras and it is the oxygen that triggers the red and green ones.

Electrons colliding with oxygen atoms produce a bright green light. In the lower atmosphere there are more nitrogen molecules. So the lower part of an aurora is mostly red. This burst of light is the reason why the observer believes the sky is on fire.

Are the Northern Lights a permanent phenomenon?

The size and shape of the auroral oval varies according to the strength of the solar wind; just as if a gust of wind blew away your hat.

When solar activity is low and the solar wind is calm, the auroral oval is small and thin. When it is more intense, the Sun ejects more particles towards the Earth. If there are more particles in the atmosphere, there may be a hustle and bustle, like in the hallway of your school when the bell rings! Thus, the magnetic field attracts all of these particles to the North Pole or the South Pole, thus stretching the oval towards the equator. The chances of seeing auroras in southern Canada and even in the United States are then very good.

The Northern Lights and Canada Today

The Northern Lights occur in the upper atmosphere and rarely go unnoticed. Even before the Soviet Union launched the first Sputnik satellite in the 1950s, Canadian researchers looked to space to solve communication problems.

At that time, the most effective way to communicate in the country was through radio signal transmissions. These shortwave signals were reflected in the upper atmosphere and transmitted across Canada. However, these transmissions were often interrupted by the Northern Lights.

While trying to improve methods of radio wave communication, Canadian scientists took the opportunity to study the underlying nature of auroral phenomena. It was these scientists who proposed the construction of the first Alouette satellite in order to study the upper atmosphere. It didn’t take much more to propel Canada into the space age.

Many Canadian achievements, including the Anik series of telecommunications satellites, are based on the Alouette program.

Canadians, inspired by the uniqueness of their environment, have learned to develop the capabilities of spacecraft in areas exclusive to their needs and environment. They have thus become world leaders in satellite telecommunications, Earth observation and space science.